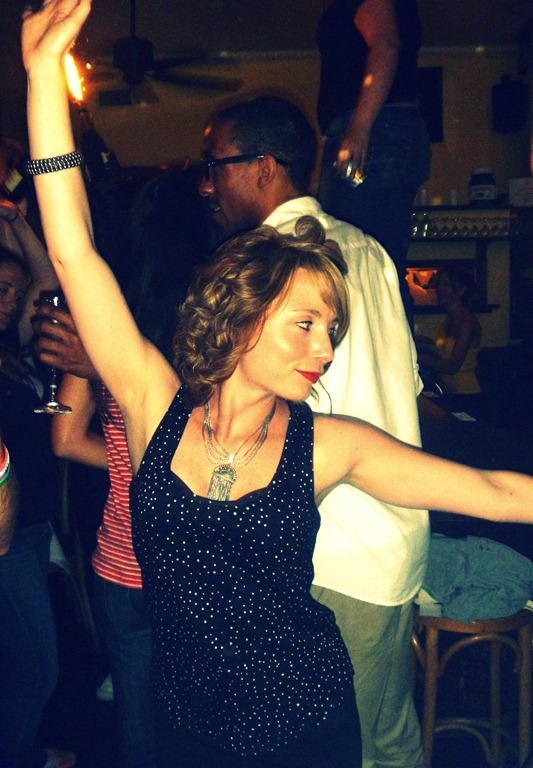 In observance of my thirtieth birthday, I spent my last entry ruminating about thirty life lessons I have learned thus far.  This post is its sequel, and will encompass my remaining 15 truths.  For those of you just joining us, the list I am about to complete is an offshoot of an article written by novelist Pamela Redmond Satran in the late nineties.  Satran proposed 30 things women should have and know by age thirty.  Her article gained such popularity that it is now sold in book-form, and features additions from female notables like Maya Angelou and Katie Couric.  I read Satran’s original article years ago, and it was immediately clear to me that she is an intelligent, thoughtful woman.  However (and I don’t mean to be litigious), I found parts of her writing to be both presumptuous and shallow.  Perhaps it’s just not my style to impose upon people what they should purchase and/or realize by a given age.  Perhaps instead, I aim to emphasize nothing more than the largely rejected notion that aging is awesome.  Without all thirty of my years, I would not know that which I am about to share with you.

Take them or leave them, these are the things I know for sure.  While I do hope that these words transcend my own experiences, I would never be brash enough to assert that everyone know, agree with, or follow what I write.  With that said, let’s start where we left off.

My 30 Truths (which you probably realized eons ago), cont’d

16. Grace is not a product of age, class, or experience.  It can be authenticated by anyone in the simple phrases of, “Thank you”, “I was wrong and I’m sorry”, and “I’m not sure, but I’d like to learn.”

17. Living in a land of opportunity shouldn’t necessitate our being overly opportunistic.  When we use each interaction we have to further our own personal agendas, we squelch collective creativity and the idea of true camaraderie/community.  In my opinion, the more we do for sheer enjoyment and fellowship, the better we are as people.

18. “Be greedy for your own future happiness.”  But doesn’t this contradict #17?  Sure does (you whippersnapper!), but hear me out.  My 6th grade health teacher Mr. Tulio wrote that quote on the board before even introducing himself.  Unfortunately, he had to interrupt his lesson to teach my male classmates how to lather up in the shower, as someone’s body odor was THAT distracting (true story).  What I gleaned from his truncated monologue was that if we don’t first address our own needs and desires (hopefully in a timely fashion), we can never be the people we are meant to be to those around us.  This can mean something different to everyone.  Personally, I exhibit greed while choosing my friends and “family by choice.”  To me, blood relation isn’t a good enough reason to keep someone in my life, as sometimes family members exert toxic influences on us.  Since it is said that we are a combination of the 3-5 people we spend the most time with, I use the following criteria to assess the people I keep closest: 1. Are they secure, stable people who want to be the best they can be?  2. Can I trust them implicitly and call them at 4am if need be?  3. Are they mature in conflict?  And most importantly, 4. Do I laugh hysterically with them on the regular?  This may sound judgmental and methodical, but life is too short to let everyone in.

19. A boundaried person is a happy person.  An even happier person is one who associates with people who don’t take advantage of slack boundaries.

20. It pays to supplement your Bucket List with a Bucket Ridiculist.  If you’re like me, your Bucket List is cluttered with things that don’t belong there (4. Brush Teeth.  “I totally did that today!  TWICE!!!”).  My Bucket Ridiculist, on the other hand, bypasses my bend towards instant gratification by including items that are less attainable and  more long-term.  Since goal-setting is linked to achievement, why not shoot for the unimaginable by adding things like “Own a sloth farm” or “Rent a submarine” to your list?

21. Confidence does not consist of embracing yourself as you are.  It is owning your flaws, and continuously seeking to mitigate them.

22. There is such a thing as overstating your opinions.  Freedom of speech is a nifty thing, as is belonging to a nation that encourages individuality.  Sometimes though, people hide behind their opinions instead of taking worthwhile action.  Likewise, those who are loudest with their opinions often lack the emotional maturity to realize there is no right or wrong when it comes to beliefs and feelings.  These people can become hostile in conversation because they are not talking to be heard or to help, but instead, to establish themselves as right.  For these reasons, I feel there is little sense in broadcasting our opinions.  We are defined by what we do, not by what we think.

23. “Excuses are just lies shrouded in reason.” I recently read this on a church billboard.  While I am not religious, I couldn’t agree more.  Excuses are generally a response to things we don’t really want to do.  While some may view it as callous, I feel it’s better to admit that something isn’t a priority to us rather than lie about why we can’t/didn’t do it.  Given the transparency of ALL excuses, I prefer to let the truth prevail.

24. To me, the Golden Rule has a precursor that involves how we treat ourselves.  In this busy world, self-care is oftentimes the first thing we let fall by the wayside.  Over time, this neglect forms a template that others may follow while deciding how to treat us.  My friend Jan once told me that her mother-in-law consistently bought herself flowers and served herself on her best china.  I adore this, as I believe that people will only value us as much as we value ourselves.  In other words, we should treat both ourselves AND others as we’d like to be treated.

25. Changing your mind doesn’t necessarily mean you are waffling.  It could mean you’re growing.  Unless you are a politician that people rely on for undeviating views, this transformative process should be considered natural and positive.

26. What we want is oftentimes muddled by what we think we should want.  My college advisor, in describing how she knew she wanted to pursue a PhD, said that wild horses couldn’t keep her away.  I like this image.  Media projects upon us certain things that we’re supposed to desire, because big corporations don’t make money when we branch off to do our own thing.  Being a slave to media lacks conviction though, which is why I propose we focus only on ventures from which wild horses couldn’t keep us away.

27. Direct, honest communication is the best tool we can equip ourselves with.  Since it is not always explicitly taught in school, it is up to each of us to value this and teach ourselves.

28. We assign too much value to further education.  I would be a student for the rest of my life if finances allowed, but I would never judge a person by whether or not they are college-educated.  The smartest person I know was studying criminal psychology when his best friend was arrested for murder.  He promptly dropped out of college to lead an auto-didactic investigation on his best friend’s situation and the California prison system.  Education comes in many forms, some of which are cheaper (and probably more interesting) than others.  It shouldn’t matter where you receive your education, it should only matter that you desire to learn.

29. Take nothing personally.  The only people who intentionally hurt others are sociopaths.  Since they only constitute 1-3% of the world’s population, you probably don’t know any.  If someone hurts you, it’s likely an accident.  Express your pain, realize that no one is out to get you, and move on.

30.  Allow yourself a full range of emotions.  Americans are more tolerant of complacency than they are of anger.  This is worrisome.  There is unproductive anger (which fuels resentment) and productive anger (which fuels problem-solving).  We should work to eradicate the former and affirm the latter.  Eric Hoffer said, “The mystery of our time is the inability of decent people to get angry.”  We owe it to ourselves to question things and become angered when injustices exist.  It is anger, not indifference, that propels change.

So there you have it, thirty things that I’ve learned in just as many years.  While I’m no expert on life, I hope I’ve at least underscored that aging is to be celebrated since with it come clarity and knowledge.  After all, isn’t “Great things come to those who wait” just a euphemism for “Great things come to those who age?”  I think so.  So instead of crying about the inevitable act of getting older, why not dance about it instead? 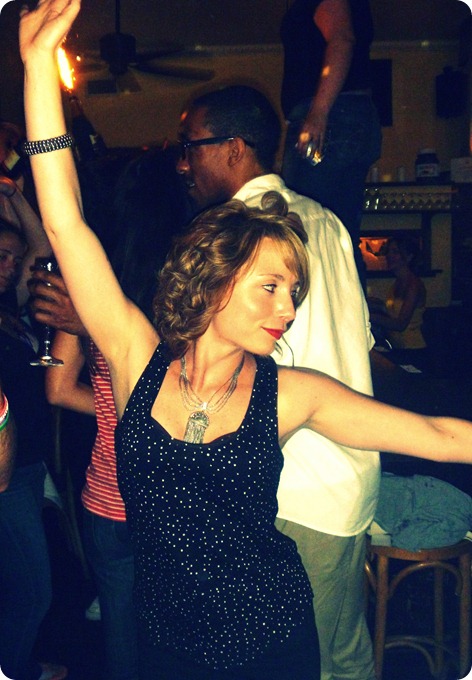 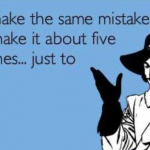 30 Things I Know for Sure, Kind Of 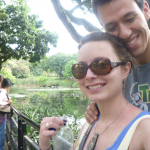