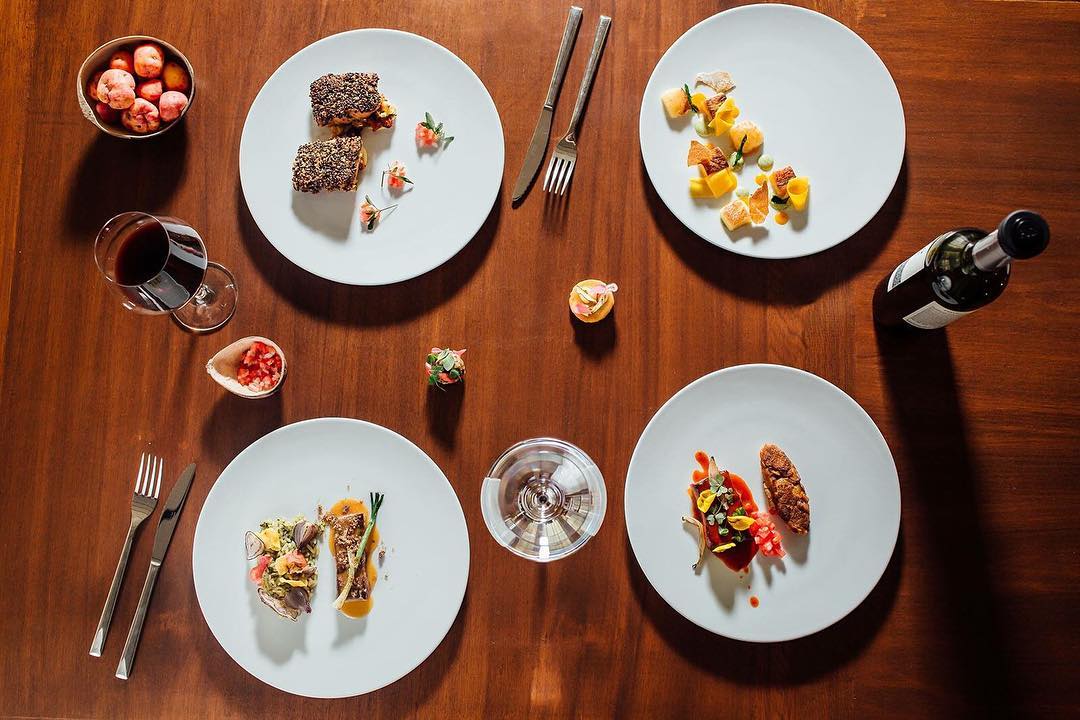 Finding good food in La Paz isn’t the easiest task, but there are worthwhile restaurants out there if you’re willing to partake in the search (or you can just let us tell you exactly where to go!). We’ve been told by many of La Paz’s most renowned chefs that as the gastronomy industry grows, you’ll see more haute cuisine pop up around the city, like that which can be found at the new-to-the-scene Ona Restaurant. Lindsay and I were invited to stay at La Paz’s newest hotel, Atix Hotel, which is part of The Design Hotel group. The hotel’s restaurant, Ona Restaurant, hosted us for a specially prepared ten course tasting menu. We were delighted and grateful for the experience.

Ona means “gift,” in Pukina, an extinct language once spoken by an indigenous group surrounding Lake Titicaca. Like the restaurant’s namesake, the haute cuisine offered by Ona is rooted in Bolivian tradition and culture. Ona is led by three Bolivian chefs named Juan Pablo Reyes, Diego Rodas and Marco Vera, who previously worked in the best restaurants in Latin America, including two of Peru’s finest restaurants, Central and Astrid y Gastón.

Here’s some of what we enjoyed at Ona Restaurant: 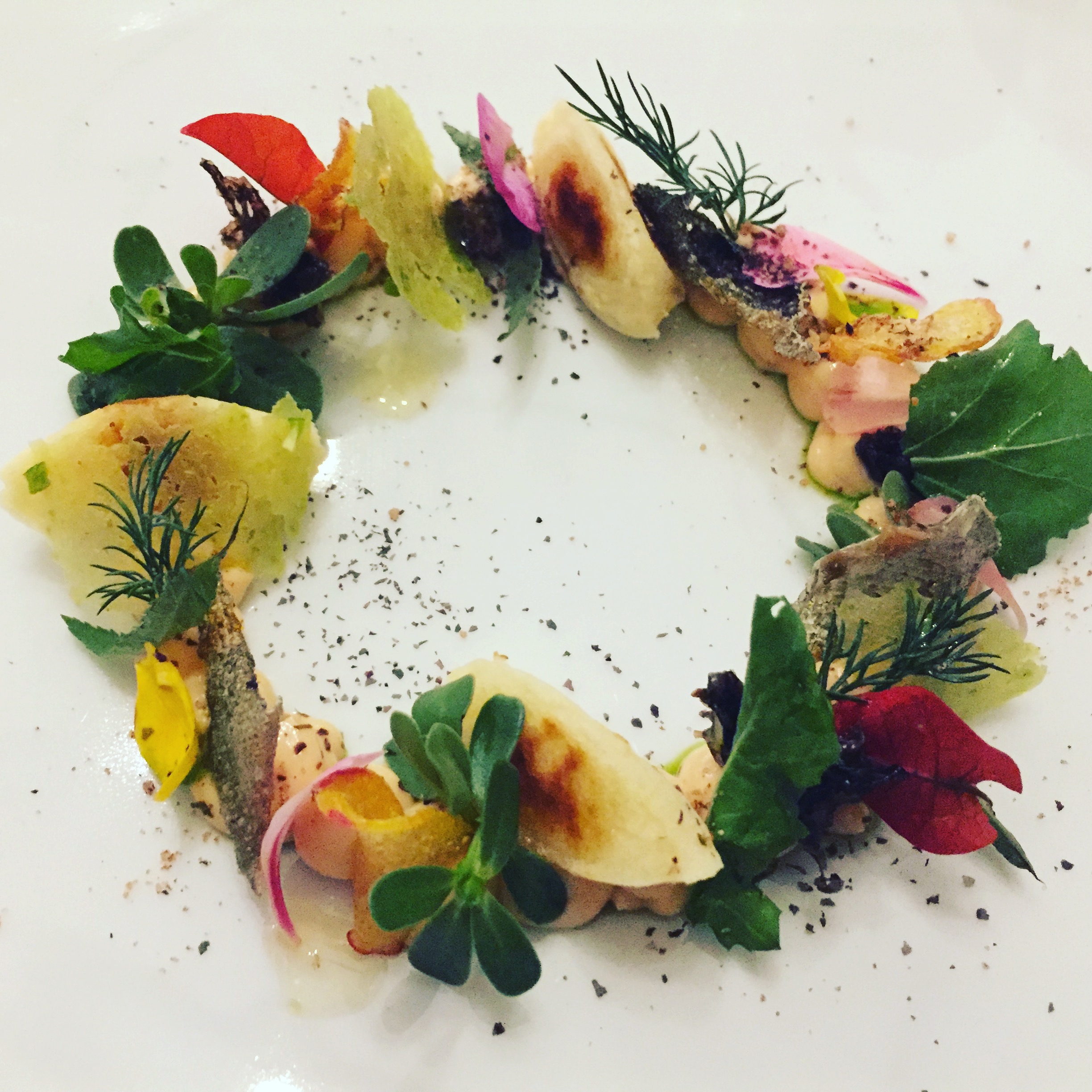 This wreath is inspired by the waves of Lake Titicaca. Each bite tasted different, just like waves that hit the shore are never the same. All of the textures and tastes of this dish were enjoyable, from the soft potatoes to the sweet flowers, vibrant dill, crispy trout skin, and creamy smoked trout cream. 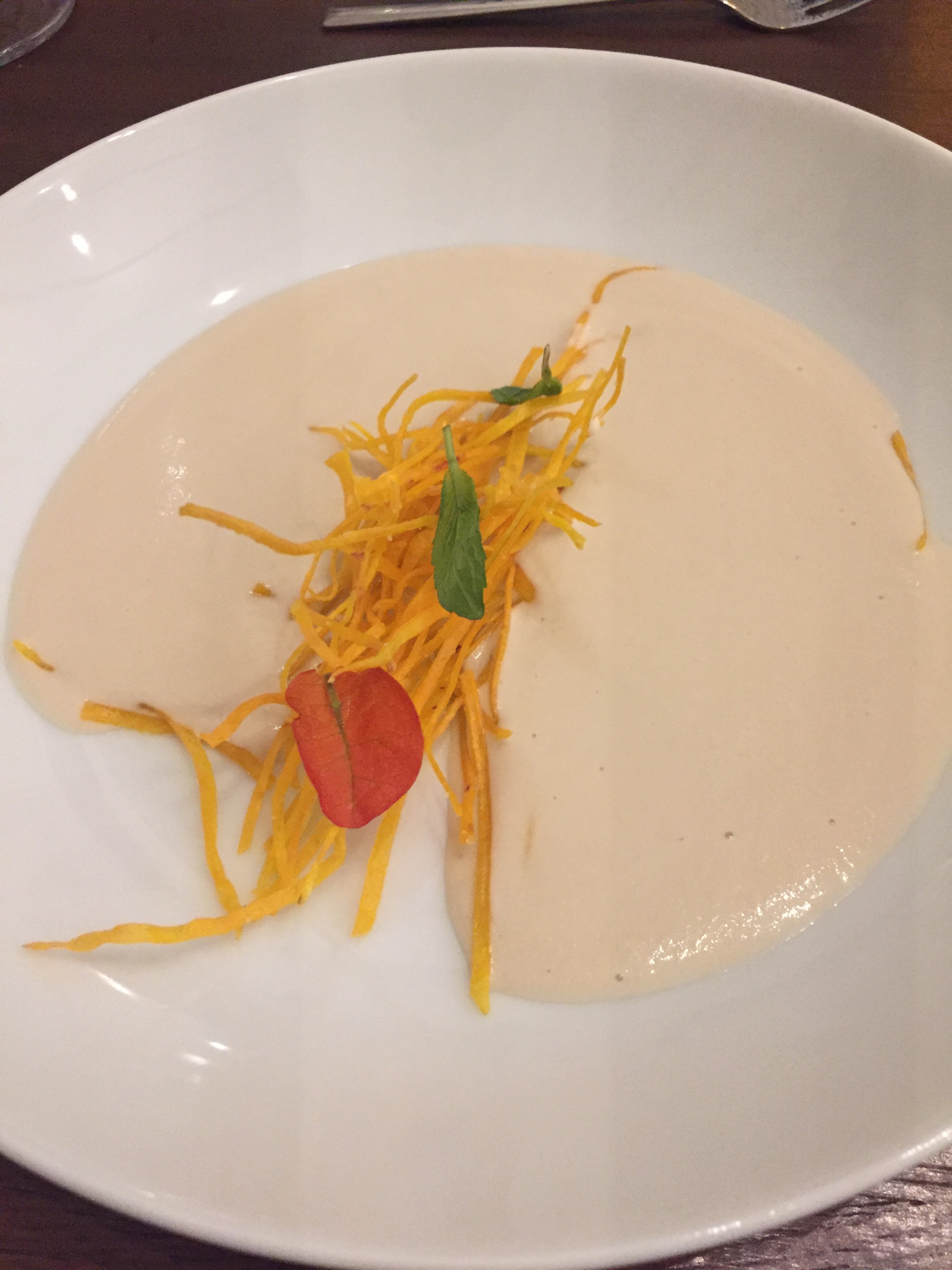 Peanut soup is a popular Bolivian dish, and this peanut soup was divine and easily the best we tried in all of Bolivia. It was rich, creamy, and didn’t have too nutty of a taste. The salty vegetable crisps added the perfect amount of texture to keep the soup interesting. 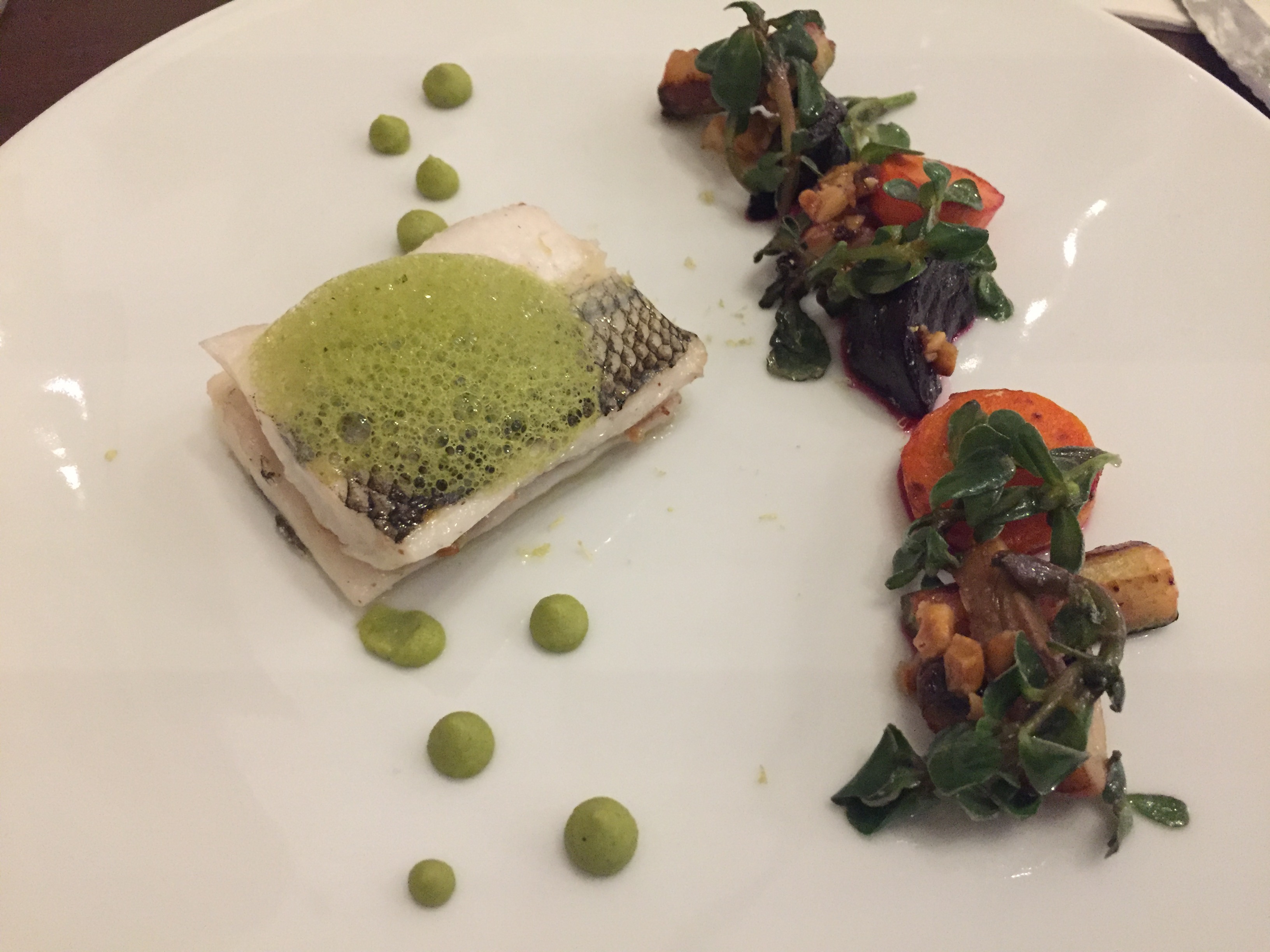 This was both Lindsay and my favorite dish out of all the savory dishes we tried at Ona. Pejerrey fish is a white, flaky, fresh and non-fishy tasting fish. It was tender and moist. The crunchy root vegetables and nuts paired well with the soft microgreens and fava bean purée. The tastes and textures all came together to make this dish perfectly-balanced. 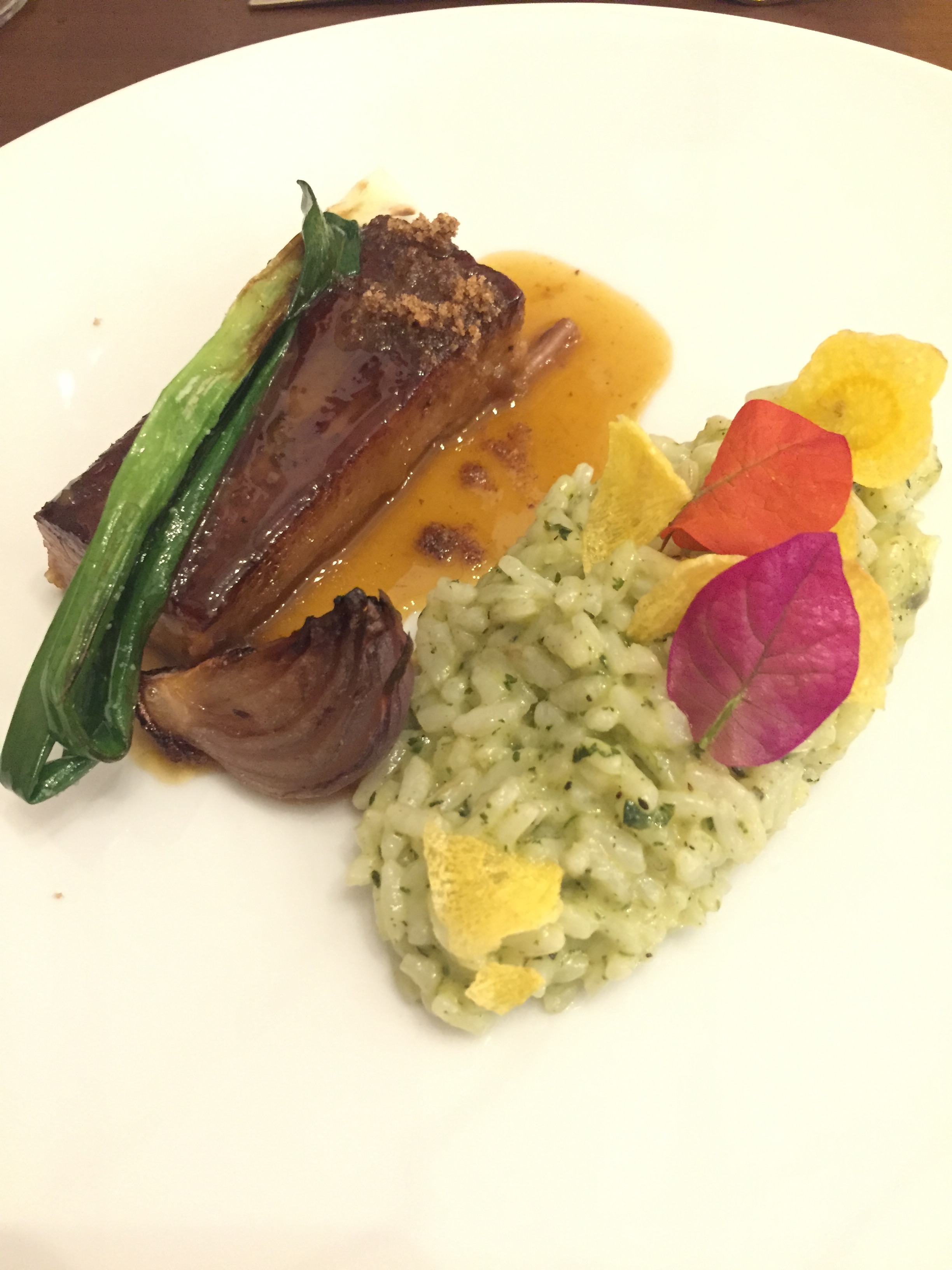 The beef was so lean, in fact, that I mistook it as pork. This beef had a nice caramelized texture on the outside, though it was a little overcooked for our liking. The herbed rice offered a hearty side to the beef. 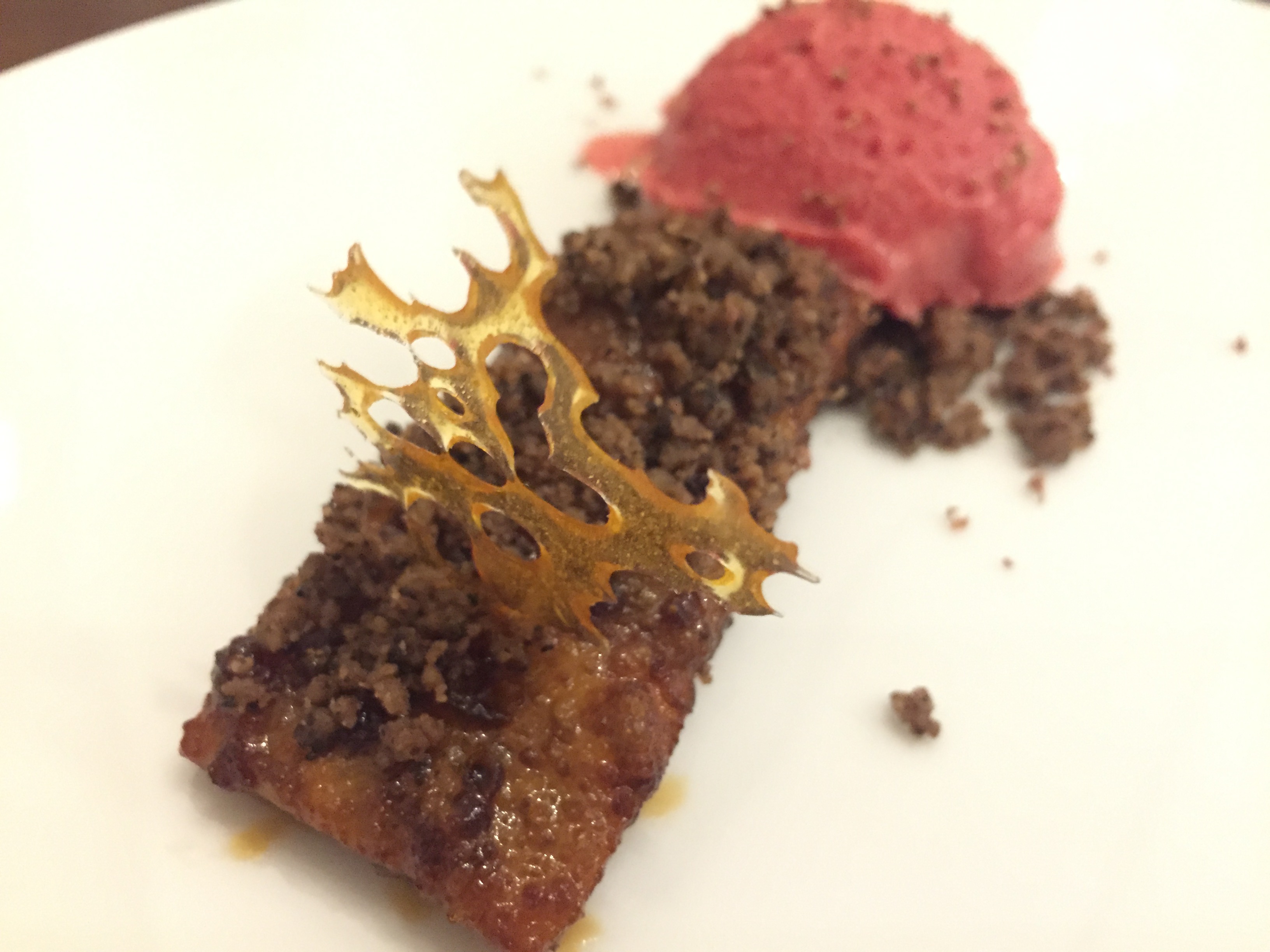 This dish pleasantly reminded me of Mexican sopaipilla. It had a strong and unique flavor, particularly from the Singani and molassas-y honey.

This dessert was extremely rich, dense, and decadent. The seasonal fruits with soft strawberry coulis accompanied the tart in a way that complimented and highlighted the chocolate.

We recommend that you stay at Atix Hotel during your next La Paz visit, and that you dine at Ona at least once. While some of the dishes’ flavors need to be worked out a bit more, we are confident that Ona’s chefs will learn along the way and that the restaurant will quickly rise to the top of La Paz’s restaurant scene.

While this is a sponsored feature, it represents our true opinions as we recount only experiences that we 100% love. 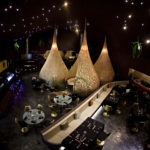 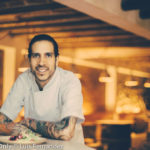