Within an hour of my arrival in Mandalay, a Dutch girl was buoyantly relaying her most cherished Myanmar memory to me, which strangely enough involved getting plowed down by a motorcycle as she rode her bike down a dusty, uneven road.  Her entire right leg was bandaged and unable to bend, and her wrist bore a gnarly road rash, but she was all smiles.  The man who had hit her was so distraught by his part in the accident and her resulting pain that he gently helped her flush her wounds, later accompanying her to the hospital and back to her hotel.  The next day he delivered cakes, flowers, and small handicrafts to her, along with an invitation to spend the following day at the temple where he resides.  She shared a memorable meal with him and his colleagues, learning about their lives through the handful of English words they could muster.  Given that Myanmar is a developing nation, the man’s kindness was not motivated by fear of getting sued.  Like most people I would meet here, his good will had no ulterior motive.  The Dutch traveler hobbled away from the incident with a friendship that far outweighed her injuries, and I walked away from her story smiling.

Just an hour later, I witnessed a man chasing a petite woman down the road while screaming at her and furiously punching the back of her head, supposedly for squandering his money away on bets. Rarely does one see the best of a country so closely juxtaposed with the worst, but even if I hadn’t decided to favor the positive, Myanmar would effortlessly establish itself as one of the loveliest and most fascinating places I’ve ever visited. 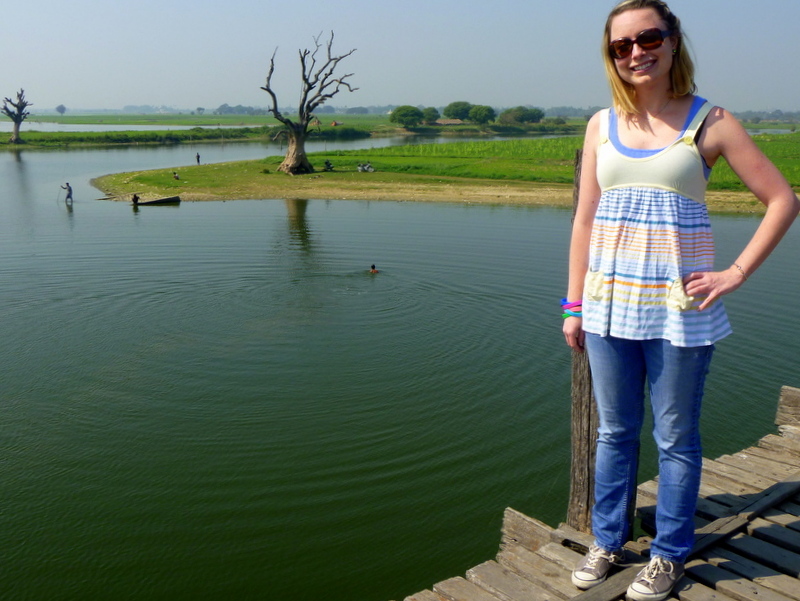 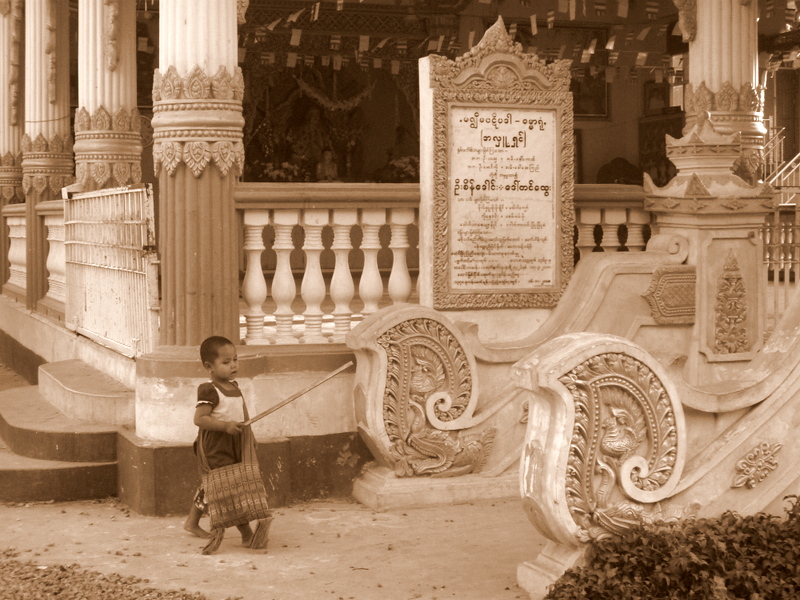 Myanmar wasn’t on my radar until my friend Alex started teaching there last year.  When I last saw her she told me she had just purchased a motorbike, since transportation otherwise could be unpredictable and costly.  She had strolled into a shop, bought the moto, and taught herself how to ride it on the way home.  For her, this proved a sensible investment, whereas for me, it would have been a surefire prescription for death.  Her skill exceeded mine, and I was thankful to have her as my guide.  Perched on the back of her moto, I was able to see more than the average tourist as we whizzed through the batty streets, dodging animals, children, loads of lost flip-flops, and a bevy of other motorcyclists.  Since my eyes weren’t buried in a map as they oftentimes are, I was able to appreciate the vibrant scenes that unfolded before me: a group of giggling girls tucked into a four-foot-wide concave tree trunk whose shape resembled a giant piece of celery protruding from the ground (what kind of tree is this?!), or a little boy trying to align four ducks by gingerly tapping their bums with a stick, proving that it’s not just figuratively difficult to get your ducks in a row. The city held so many small surprises, the most precious being the children and myriad puppies (I’ve never seen so many in one place!).  One time we saw three puppies squished into a hole in the wall which I recognized as just that, but Alex honestly thought that the hole encompassed a Siamese puppy.  With three heads. 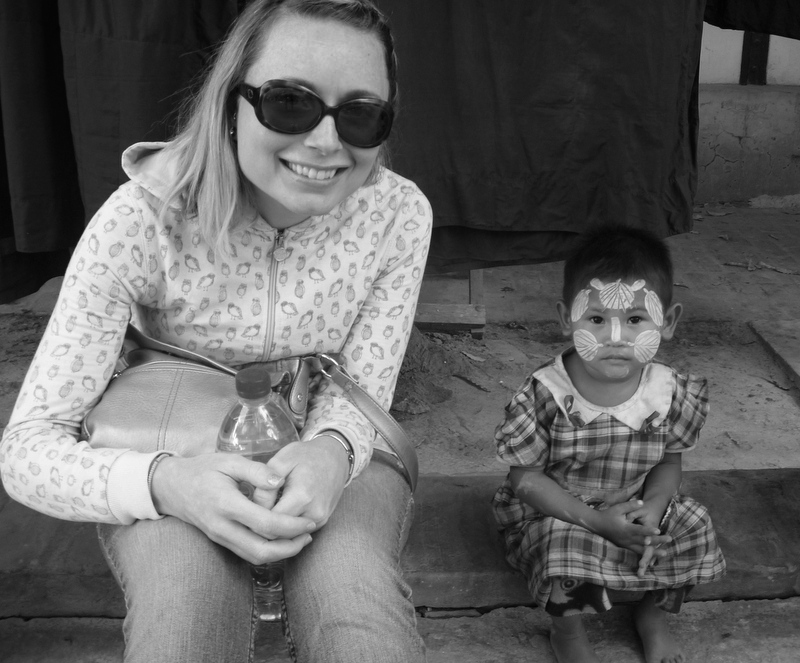 Mandalay is Myanmar’s second largest city, but you probably wouldn’t register it as a cityscape while exploring its confines.  Many of its roads are still dirt, some businesses have large livestock tied up outside, and the atmosphere is anything but fast-paced.  Internet exists in some places, but it’s as slow as molasses in January (an idiom I’ve never used, but waiting for your page to load feels frustratingly similar to shaking stubborn molasses from a jar).  The city’s one mall is relatively new, and it looks more like a modest office building than a modern shopping center.  Because of political instability in the recent past, Myanmar is just now in the early stages of developing its tourism industry.  Even within cities like Mandalay, it’s possible to spend a day without running into other foreigners.  Locals are incredibly hospitable and genuine, and because Myanmar is still largely unsullied by the downsides of tourism, people view foreigners as friends rather than ATMs. My smiles were readily reciprocated, instead of interpreted as a vulnerability or naiveté on my part, and it wasn’t uncommon for people to decline my money or undercharge me for services.  I would move here for the people alone, but the country is so resource-rich and gorgeous that there’s something for everyone.  There’s a purity that exists within your interactions here, which I can say about very few places I’ve been.  Nothing feels fabricated or generic, but if development is not conscientiously executed, this may soon change.  In other words, now may very well be the best time to visit Myanmar, but don’t expect entirely smooth sailing.  If you can sacrifice luxury (and comfort, at times), you’ll be rewarded with rich, unparalleled memories that you’ll feel privileged to possess.  I really can’t praise this place enough. 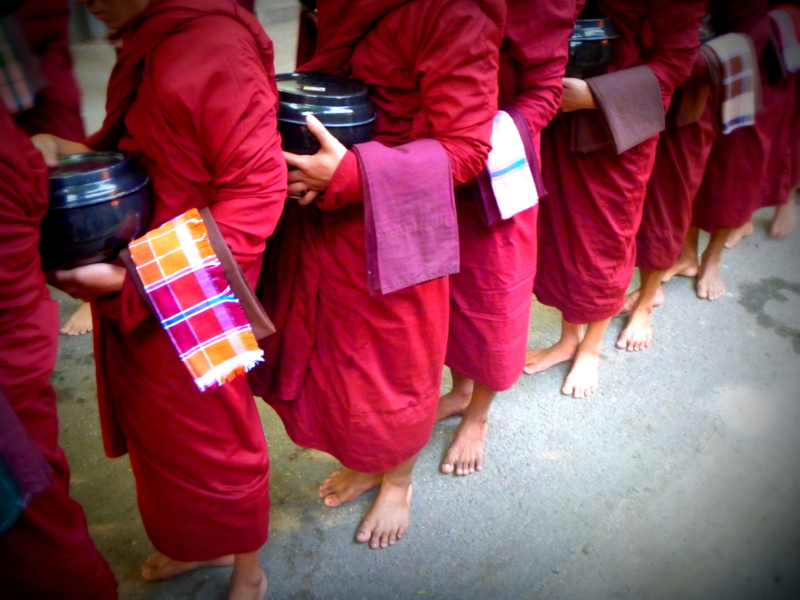 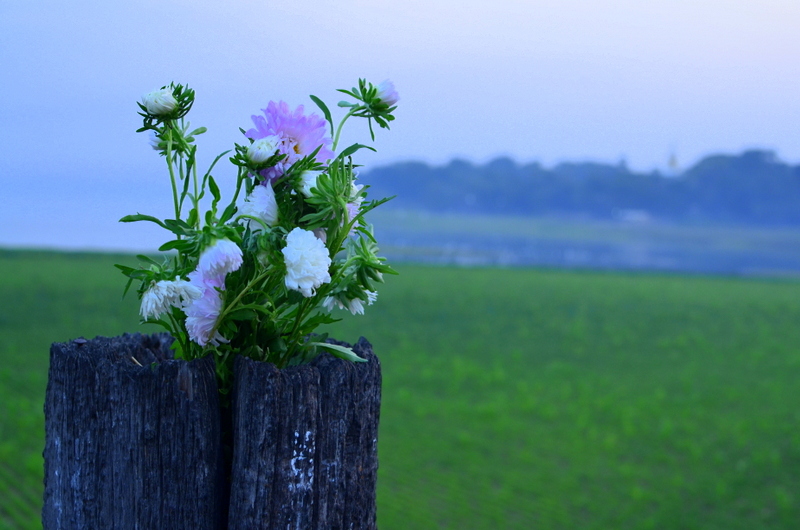 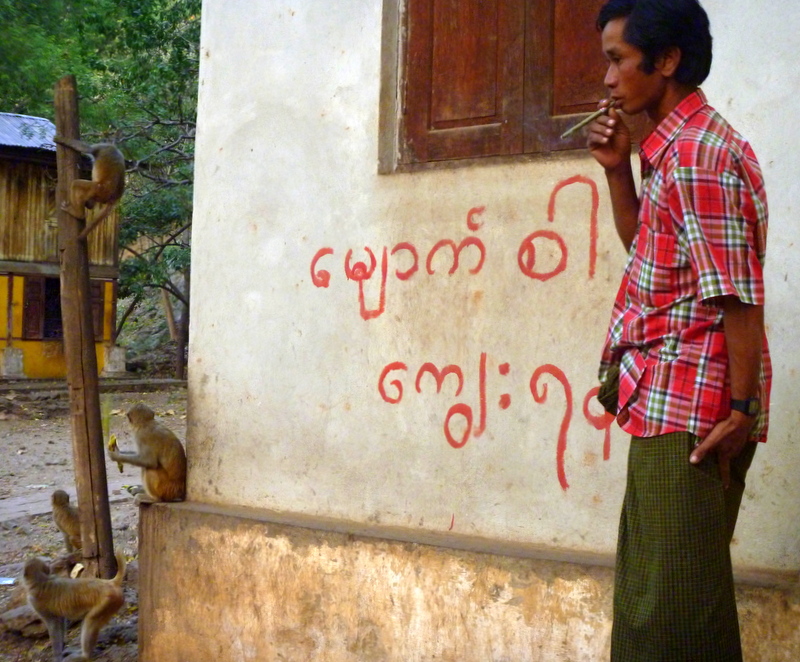 While we’re on the topic of the people, perhaps you’ll find these cultural practices as intriguing as I did: 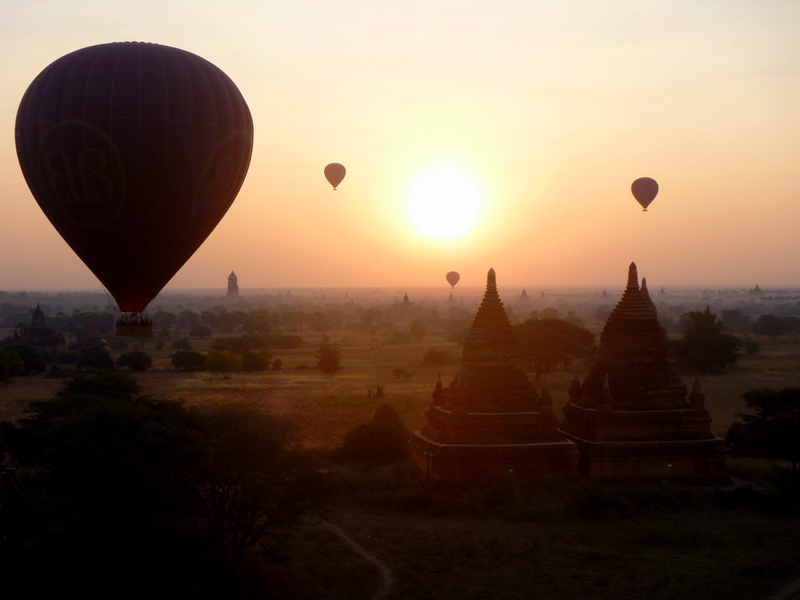 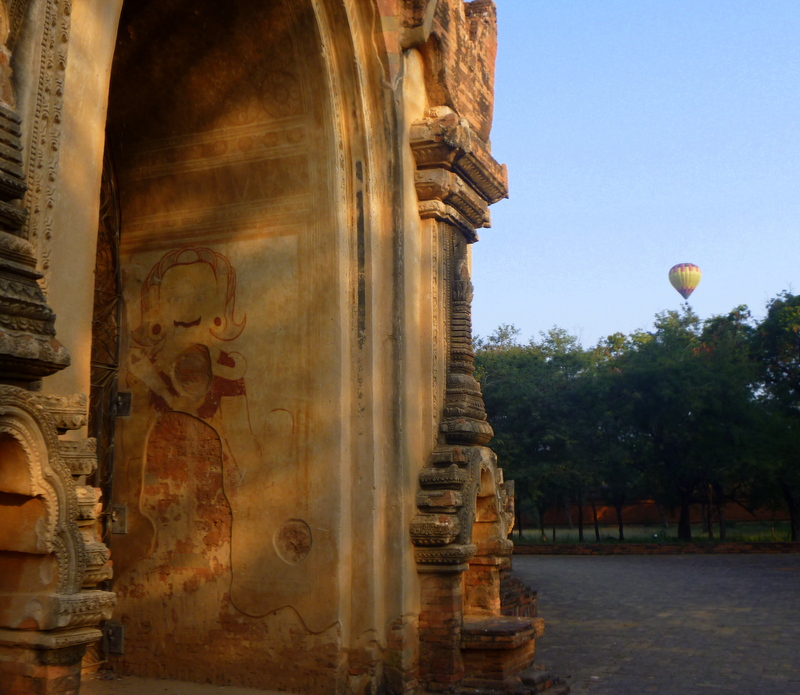 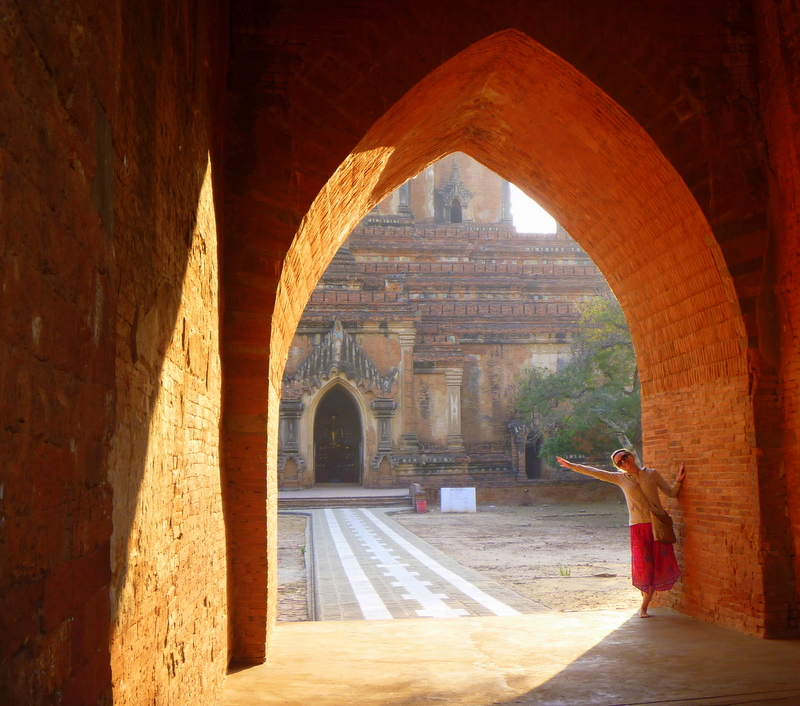 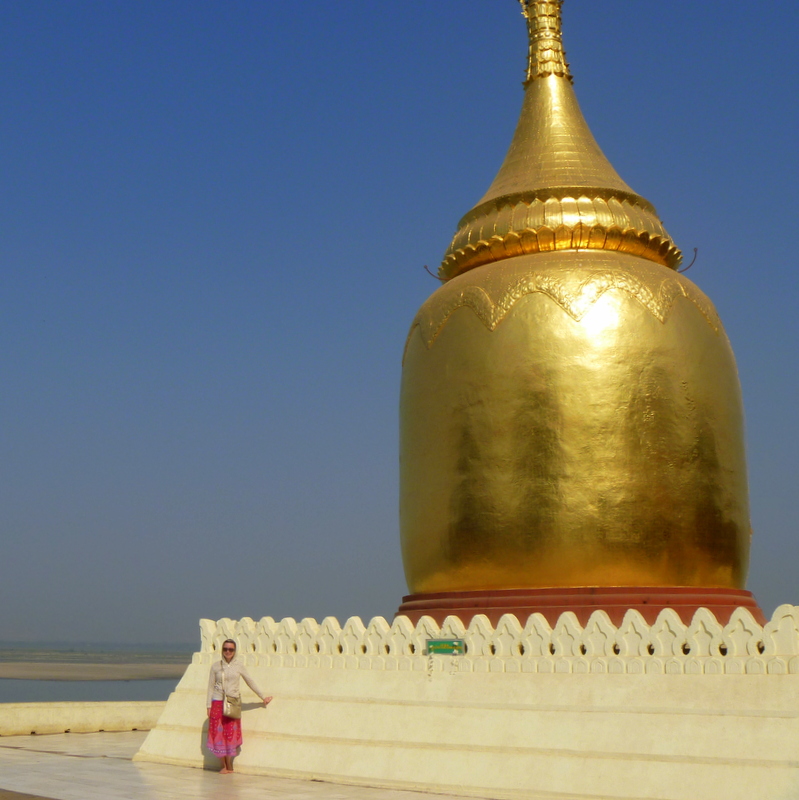 I’ll conclude with my trip’s highlights, which will hopefully serve you if/when you make it to Myanmar.  We’ll save matters of food and lodging for next post. 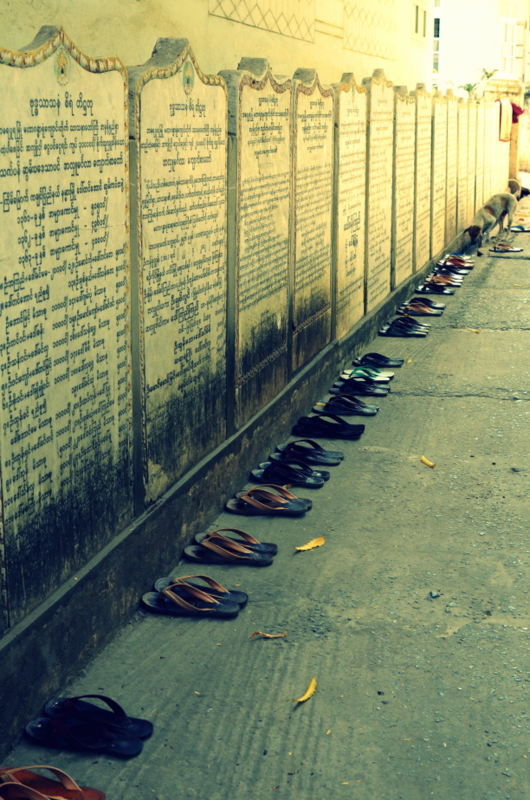 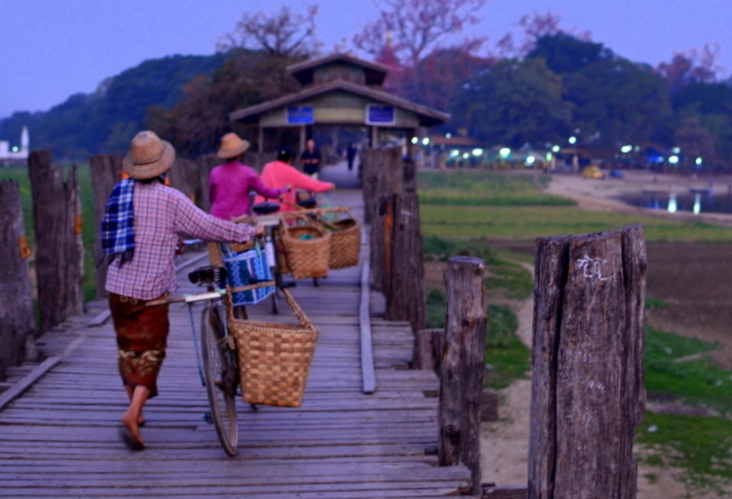 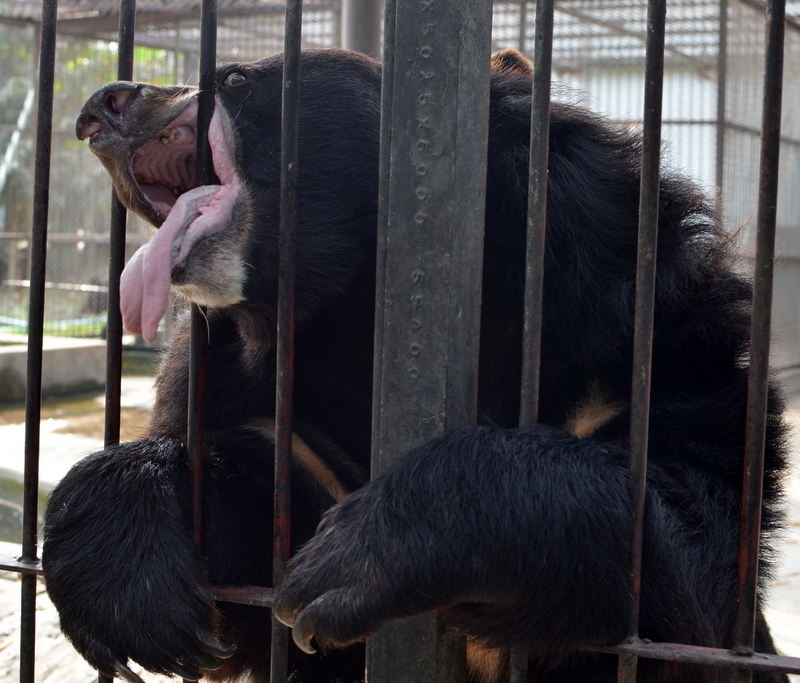 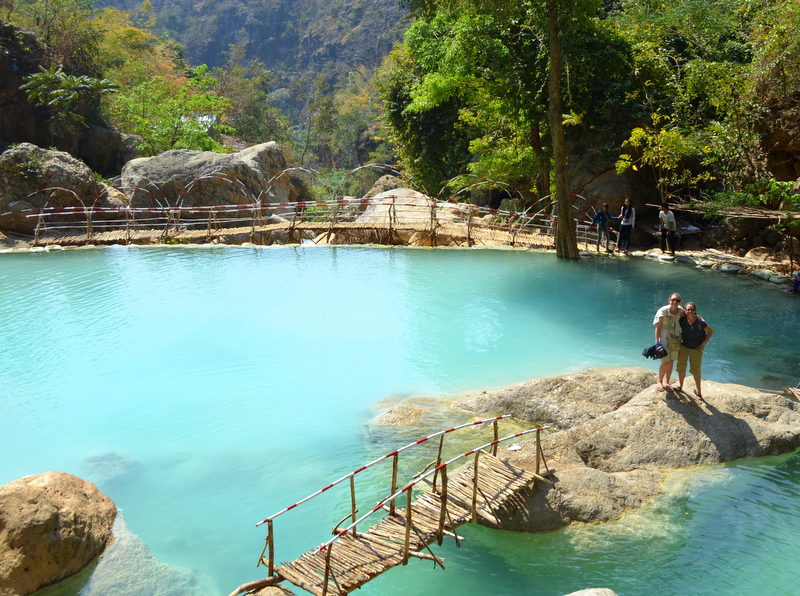 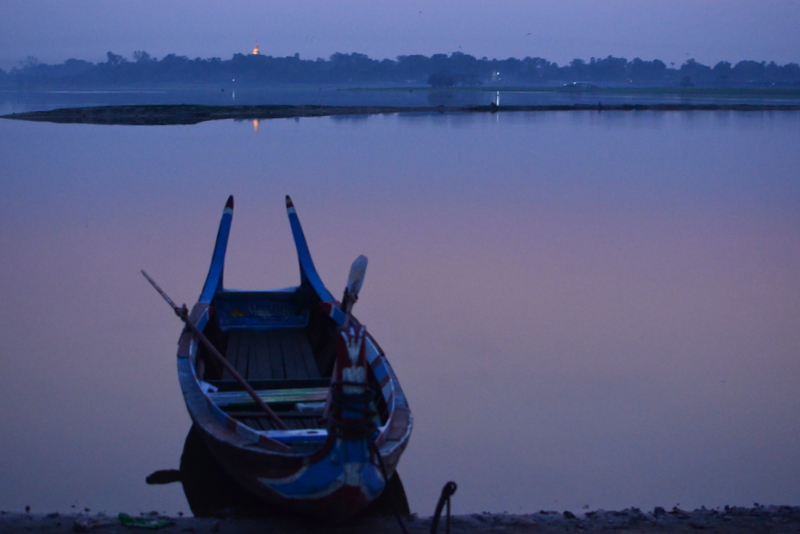 I hope I’ve convinced you of Myanmar’s magic.  Many thanks to Alex for sharing the country’s splendor with me- I had no idea what I was missing out on! 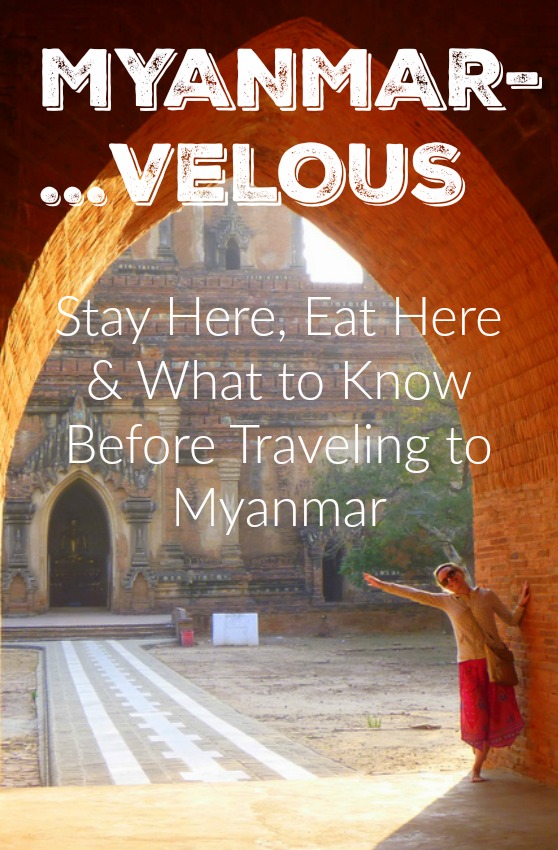 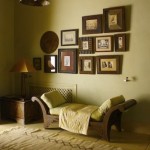 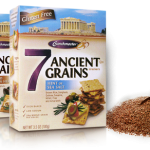