The Great Pumpkin Attack of 2011

‘Tis the season to paint the town orange, apparently, and frankly I feel like I am being pummeled by one giant pumpkin every time I leave the house.  To my right is a pumpkin-infused this, to my left is a pumpkin-flavored that, and straight ahead is a mound of pumpkins in the flesh, begging to be hollowed and carved.  Having been out of the country for so long, pumpkins and our infatuation with them seem both foreign and fatuous to me.  I’m suffering from orange overload and I’m starting to feel a little resentful of the silly squash.  Do me a favor and wake me up when it’s Christmas, but if it’s not too much to ask, could you please save me one of those pumpkin-shaped Reese’s?  I can’t deny that they manifest an impeccable chocolate to peanut butter ratio. 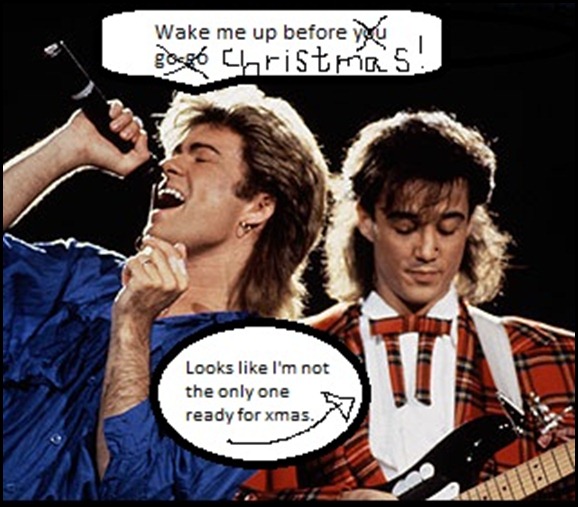 And to think that I doubted my aptitude to work Wham! into this blog.

Now, back to the point (point being pumpkins).  Here’s my beef with the bulbous gourds.  If you want to know the truth, I find them to be a bit pompous.  In a world that is as weight-obsessed as ours, pumpkins seem to delight in being large and in charge.  To top it off, as if their presence isn’t pronounced enough, they are ORANGE!  Can you think of a more arresting hue?  When humans turn themselves orange with too much self tanner, they get ridiculed.  The pumpkin, on the other hand, catches no flak for its weight OR its complexion.  Newsflash, pumpkin: Nature already has something big and orange.  It’s called THE SUN!

But you just want all the attention, don’t you? 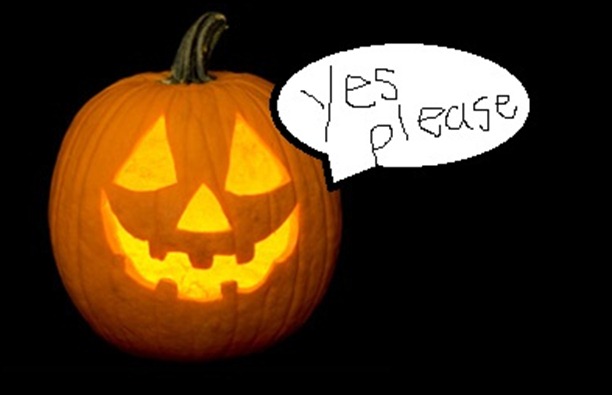 In case you hadn’t noticed, pumpkins also happen to be major braggadocios.  Every year, some blob of a pumpkin wins an award for being the most obese.  Cool that you grew a lot on that cute curly vine of yours, pumpkin, but believe me you, I could totally reach your level of rotundness if I wanted to.  Perhaps you missed the memo that getting fat isn’t really that hard.

It doesn’t really help pumpkins’ arrogance that they are so versatile.  Not only can they be carved, but their seeds can be baked and eaten and their innards used to make pie and a million other gelatinous orange things.  Ughhhhhhh, what show-offs!  Instead of being modest about their success, they act all volatile.  Sometimes they’re grinning, sometimes they’re grimacing, and sometimes they just look plain confused.  Call me boring for preferring consistency, but I just wish they’d make up their minds already.

Let’s ponder this pumpkin for a moment, as it might be the scariest I’ve ever seen. 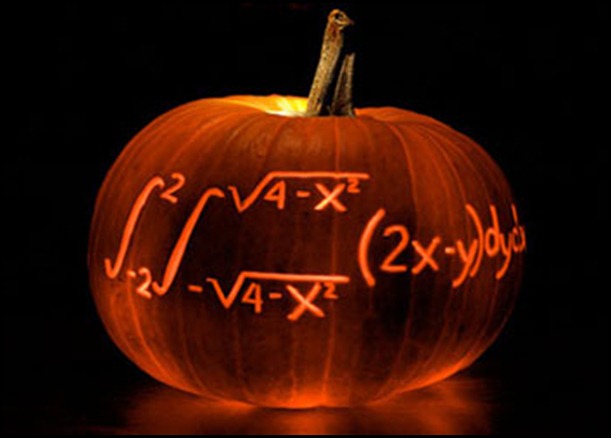 As if math doesn’t terrorize us enough on paper and in our minds, someone had to go and carve it into a pumpkin!?  Case in point, you never know what to expect from a pumpkin.

My final complaint is that I find pumpkins to be downright presumptuous.  As you can probably infer by now, I am pretty particular when it comes to my pumpkin preferences.  You can occasionally sign me up for a seasonal short stack of pumpkin pancakes, or even a pumpkin spice latte, but what the hell was pumpkin syrup doing in my iced tea the other day?  See?  Pumpkins always go where they are not invited, and it is my personal opinion that some lines have been crossed this year.  For example, whose brilliant idea was it to make pumpkin pie peanut butter?  That’s just gross (and this is coming from a girl who eats her cereal in peanut butter instead of milk sometimes.  Don’t judge me.).  Know your role, pumpkin, and don’t trespass into areas where you don’t belong!  Stop crashing every party like you’re going out of style, because I’m pretty sure you’re here to stay.

Now that I’ve given pumpkins a piece of my mind, I’d like to share with you three pumpkin creations that I’ve actually appreciated this year.  I wish I were responsible for their existence, but I’m not.  My best guess is that the Amish are behind all of this, as the Amish always seem to outshine me in one way or another (remind me at a later date to tell you about the candle catastrophe of 1993, the baking blunder of 1996, and the table carving travesty of 1997.  1990s- Amish: 100, Lindsay: O).

Creation #1:  Absolutely genius.  If this pumpkin were in front of me, I would affectionately caress it, eat the cheeseburger from within it, and drop the L-bomb to its maker.

Creation #2: Godiva, you’ve really outdone yourself with your pumpkin truffle.  The taste is authentic and the packaging alone brings me happiness. 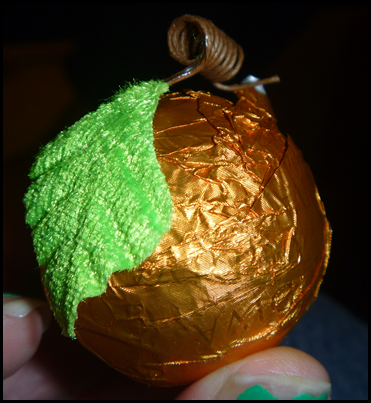 Creation #3 hails from the city where ALL awesome entities originate (Philly, duh!).  Interested parties can find this confectionary invention at the Flying Monkey bakery, which might ring a bell as it was featured in my cupcakery post awhile back.  What you are about to witness is not a cupcake, but a cake, and oh what a cake it is! 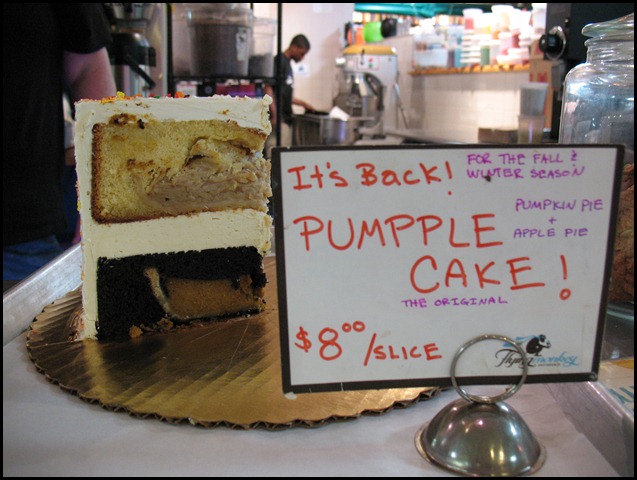 Are you picking up what I’m putting down?  The top layer of this “pumpple cake” is vanilla cake with an ENTIRE apple pie baked into it, while the bottom layer is chocolate cake that encapsulates a whole pumpkin pie!  Can you even believe it?  I couldn’t.  While my mind said, “Ew, that’s overkill,” my mouth said, “I’ll have one piece, please.”  I have no regrets about the purchase, nor did my two friends who shared the slice with me.  None of the flavors was overpowering and the whipped semi-sweet icing complemented the FOUR-desserts-in-one concept quite favorably.  John Madden, I do believe we’ve found the perfect dessert counterpart to your turducken (if you long to have a heart attack, that is).

Continuing the above theme of chocolate-meets-pumpkin, the pumpple cake brought back memories of a dessert I made for a work Halloween party a few years back.  It was the first thing that was gobbled up by my coworkers, and no one even realized that it was a vegan recipe.  Give it a try if you don’t feel overly pumpkinundated like I do this season (I just made that word up.  How do you feel about it?  Inundated by pumpkin equals “pumpkinundated.”  Yeah, I think I’m a fan.).

For the brownie layer:

For the pumpkin layer:

Have a spooktacular weekend, everyone!

The Grinch who stole Halloween 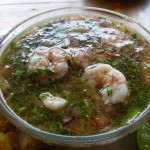 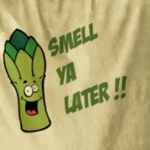 Dishing Out Some Thanks