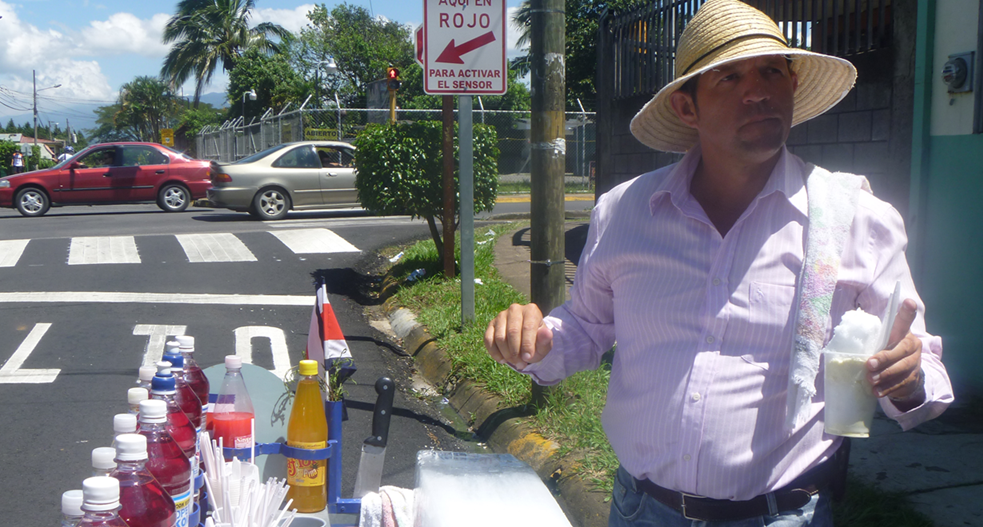 If you’ve been following my quest to savor the world one bite at a time, you’ve likely realized that I took an extended holiday hiatus from berating my current least favorite country.  Before you go supposing that I am a cantankerous curmudgeon, I should point out that I am not one to dwell on the negative or become easily ruffled.  Simply put, this Central American destination was just so tepid that it inspired me to write my first ever negative travel review.  It wasn’t pleasant to awake to the fact that life isn’t all cupcakes, sunshine, and unicorns.  Sometimes instead, it is starvation, flesh-devouring insects, and stifling heat that makes sweat ooze from my every pore.

This entry isn’t meant to further defame the country, though.  I was in Costa Rica for about a month, which was a sufficient span of time for it to redeem itself a bit (emphasis on “a bit”).  While I can by no means offer one good thing for every bad thing I’ve already written about my time there, I will make an attempt towards equilibrium by sharing the apexes that did occur.  If you suspect that I am writing this story of redemption to be fair, or to give you a balanced view of Costa Rica, you’d be mistaken.  My words are not coming from a place of virtue, but instead, from one of selfishness.  I am writing this post to deflect the figurative spanking that Costa Rica has given me lately, which I can only assume is retaliation for trash-talking its nation.

Costa Rican-flavored karma: As I mentioned in my travel tips post, I always Google where I can hold a baby sloth before going away.  I even do this periodically before driving to work here in the U.S., because dreams CAN come true and maybe a zoo has materialized overnight in the route I take to my office.  My point: I am both optimistic and thorough in my search tactics.  Much to my dismay, though, this legwork has never panned out in my favor, and has cost me many hours on planes, buses, and boats.  I thought Costa Rica could potentially change my luck in the sloth department, but my online search was fruitless.  Two weeks after leaving Costa Rica, I conducted another online sloth search, this time with Colombia as my focal point.  My eyes widened at a webpage for the world’s ONLY sloth sanctuary in…wait a minute, am I reading this correctly?  Does that say “Costa Rica,” the exact location I left a mere FOURTEEN DAYS AGO?!  How could this have eluded me?

SON OF A BISCUIT, Costa Rica!!!  You got me good, and now I must return to your aloof arms a THIRD time, which I’m nothing short of miserable about.  I shall avenge you by pilfering one of your sloths, and you best not doubt my capacity to do so.  I speak Spanish AND Sloth, so in other words, STEP OFF! 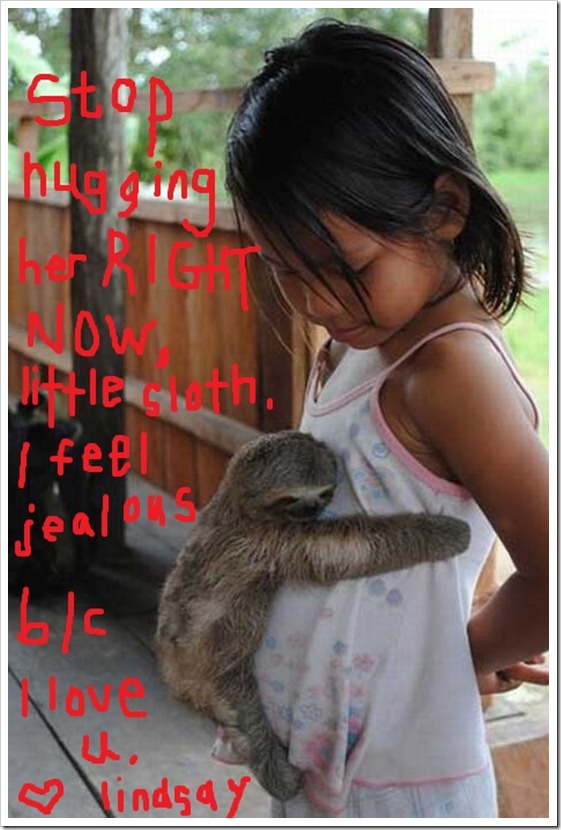 The Brighter Side of Costa Rica: All sloths aside, what do you say we start from the beginning, this time focusing on the positive?  My main motive for visiting Costa Rica was to see a close friend of mine who had recently relocated there.  He seemed to be adjusting nicely to his new lifestyle, and he graciously offered me a free place to stay in the suburbs of San Jose.  We were going to use his house as our base from which to explore other parts of the country.  I was moving from Peru to the U.S. at the time and was therefore awkwardly accompanied by all of my worldly belongings.  I suppose it should have been a red flag when my friend told me that while it was acceptable for me to stay with him, we might need to find a “safer” place for my luggage.  What did he mean, exactly?  I decided to wait to assess the situation for myself.  After all, how unsafe could suburbia be?

If my friend had elaborated upon his initial caveat, he might have said something along the lines of, “I am living with three Costa Ricans who may or may not be gang members, and my “bedroom” is a 5 x 6 space made out of box.”  In his defense, he had limited time and resources to find a place to stay, a fact which he was sure to remind me of every time I scowled at him in disbelief of what he had gotten us into.

Let me break it down for you in a way that my friend failed to do for me.

The neighborhood: An affluent oasis full of nice people and large homes, all set amidst green rolling hills.  Could my friend have been exaggerating about his house?

The house: A perplexing eyesore that illustrated how Costa Rica lacks structural ordinances on…everything.  It was difficult to establish what the house was constructed of, as it looked like a pieced-together quilt of ten different materials, most of which were probably collected during a dumpster dive.  The furniture was flea-infested from dogs being held hostage in the backyard, and was shredded in a way that only Edward Scissorhands could achieve.  The whole house reeked of a chemical that, given our ceaseless headaches, could only be identified as “toxic.”

The bedroom: I am kicking myself for not taking a picture of this.  My friend’s room was not much larger than a cupboard, and was built by tacking asymmetrical sheets of cardboard together.  Top that architectural ingenuity off with a dingy mattress, and voilà!  Home sweet home.  One time, my friend leaned gently against the wall to balance himself and put his entire palm through it.  Despite the makeshift ventilation that hole should have allowed, it was so hot inside that I couldn’t read my Kindle because I had to perpetually use it to fan myself.

Any sane person would have bee-lined it to a hotel upon encountering all of this, but my curiosity of what was yet to come resulted in my sticking around.  How did we respond to the above environmental factors?  Six days a week, we laughed rather heartily at our misfortune, but one day a week, it inevitably got to us.  Our living situation was tenuous (to say the least), but I have no regrets about staying put.  The next few weeks would be full of surprises that, while difficult to put into words, would make great memories.

Imagine this:  You’re in Latin America, an area of the world that is notoriously marked by male chauvinism and homophobia.  You not only encounter, but are living with a brutish fellow who has a large jagged scar etched across his face.  His arms are spattered with tattoos that resemble gang symbols intermingled with others that are definitely Jesus.  Would you expect him to be living with his boyfriend à la your favorite character on “The Wire”?  Would it startle you when he baked you banana bread every morning, or if he asked you for suggestions to make his mushroom cream sauce more delicate?  Would you delight in the fact that he shamelessly watched “The Lion King” on repeat in your presence just to learn all the words to Elton John’s “Circle of Life”?  Would it make you smile when he woke you up by belting out Sinead O’Connor’s “Nothing Compares to You,” passing you a cup of freshly-brewed coffee when you opened the bedroom door?  What would you say if he demurely approached you for what he called a “favor,” only to ask if you might be interested in being his Facebook friend?

All of the above “hypotheticals” actually occurred at my friend’s house in Costa Rica, and we were flabbergasted by how many stereotypes his roommate shattered per day.  I am ashamed to say that I started my trip thinking that he might kill me/steal my computer, and ended it missing him while we were away.  I took a course in college called “Tyranny of the Visual,” and if my friend’s roommate and my preconceived notions of him aren’t a direct incarnation of that title, I don’t know what is.

In addition to debunking stereotypes, my friend’s roommate regularly provided us with much-needed sustenance.  We appreciated this, as most of the food we found was low quality and preposterously priced.  If you ever find yourself in San Jose and its surrounding suburbs and you don’t have a gentle thug to pamper you, I suggest you follow these instructions:

1. Eat copious amounts of mamón, a tropical fruit enveloped in a spiky membrane that’s reminiscent of a Koosh ball.  This fruit can be enjoyed by popping its seed from its shell, and sucking the pulp from its pit.  Its other-worldly appearance will entertain you, and I think you’ll find its flavor quite pleasant.  Be sure to use the word “mamón” in context, though, because it is also slang for cocksucker.  Excuse my French, but these are good things to know in any language. 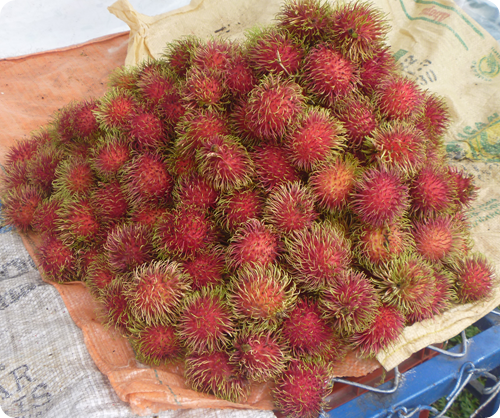 2. Visit the quiet town of San Antonio de Belen.  Why?  First off, an American expat runs a small outdoor eatery there called Big Bill’s Q that serves authentic barbecue.  It is on the same road as the cemetery and can’t be missed, as it has a barbecue pit the size of a train car out front.  Bill imported this on a boat from Mississippi, which couldn’t have been an easy feat.  Typically I don’t eat American food while on vacation, but I admire Bill’s dedication, and honestly think it wouldn’t be a stretch to say he serves the best food in all of Costa Rica.

Second off, it just so happens that my soulmate also resides in S.A. de Belen.  His name is Jorge and he is a snow cone-noisseur.  Before meeting him, I thought that snow cones were a poor excuse for a dessert.  Most of them are only flavorful for a few seconds until you suck all of the syrup out of the ice.  Fortunately, Jorge doesn’t roll like that.  He layers syrup, shaved ice, malted milk powder, and condensed milk in such a way that flavorless ice is the last thing you’ll be thinking of when you slurp up his treats.  He pushes his cart around town, wearing the cutest  sunhat while yodeling “GRANIZAAAAADOOOOOOOOOOOOS” to lure all of the fat kids named Lindsay out of their houses. 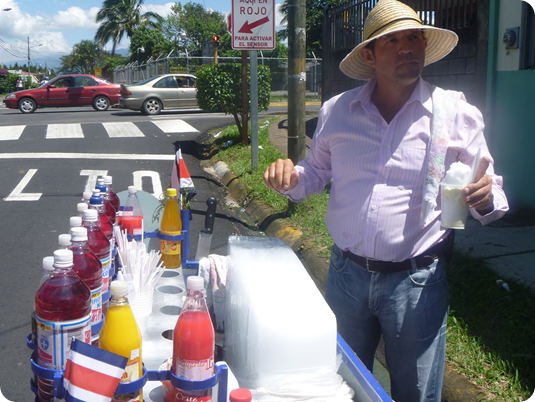 Just when I thought that Jorge couldn’t be any more adorable, he gave me this homemade business card: 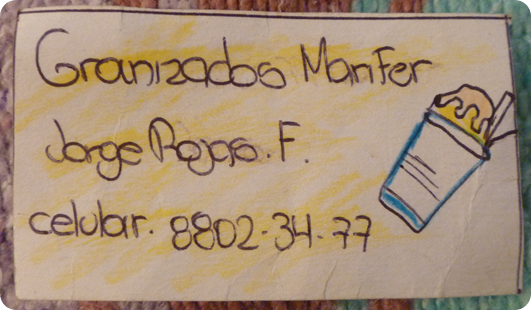 After seeing how accurately he portrayed his product on the card, I decided I might like to marry him.  He’s mine, but feel free to call him for a snow cone.

3. Don’t waste your money on a drab plate of rice and beans.  Eat snacks instead, because they’ll offer you more bang for your buck.  My friend and I have some personal favorites, which are…

a. anything from a bakery,

b. these lemon and salt plantain chips, 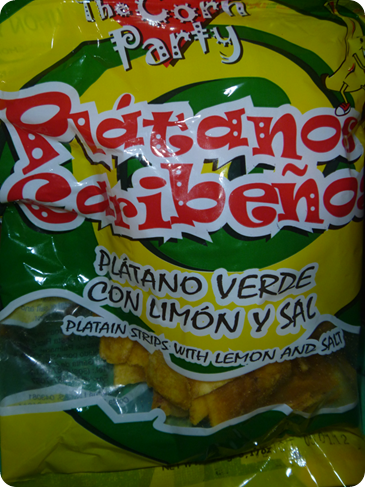 c. and anything chocolate from Café Britt (since their main factory is in Costa Rica).  I think the coconut and guava varieties are the best.

It shouldn’t shock you to learn that I gained so much weight in Costa Rica that my friend was moved to tell me that I had curves in all the wrong places.  That would have been offensive if it weren’t so funny.

4. Visit Mall San Pedro in San Jose for the best coffee you will ever have.  Go to the floor that the movie theater is on, and to the right of the theater is a non-descript café.  Ignore the strange location and order a cappuccino.  Trust me when I say you will be back every day for more. 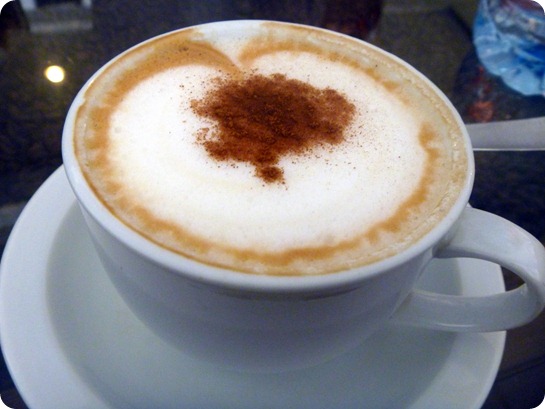 As you can probably tell from the junk food-focus of this post, good plates of food were few and far between.  However, next entry will narrate the culinary gems that we managed to find in the least likely of places.  Stay tuned for turtles, tots with guns(!), and the most vivacious 75-year-old I’ve ever met. 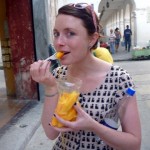 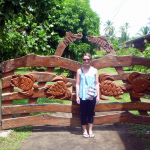